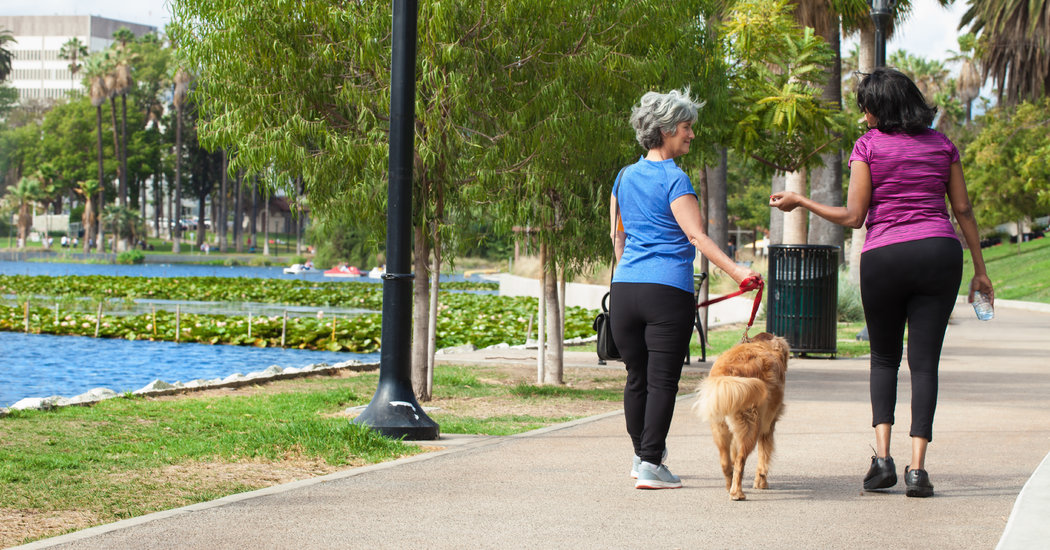 Even One Extra Walk a Day May Make a Big Difference

Now, aiming instead to use science rather than semantics, Dr. Lee and her colleagues began trolling through the massive data from the Women’s Health Study, which has been tracking the health and habits of older women for decades.

As part of that study, thousands of older women had worn a sophisticated activity monitor for a week. It tracked the steps each woman took per minute throughout the day (but without showing any readout of the totals, so the women would not know or respond to the counts).

The women also provided information to the researchers about their overall health and lifestyles.

The researchers gathered the step-count and health data from almost 17,000 of the participants, most of them in their 70s, and none of whom reported poor health. The scientists also checked death records for the subsequent four to five years and then compared step counts and mortality.

Those comparisons proved to be telling. The women who had moved the least, taking only about 2,700 steps a day, were the most likely to have died during the follow-up period. Women who moved more often had considerably less risk of premature death, up to a plateau of about 7,500 steps a day.

Meanwhile, the sweet spot for reducing the risk of premature death was about 4,500 steps per day, the data showed. A woman who reached that threshold was about 40 percent less likely to have died during the follow-up period than someone taking about 2,700 steps each day.

“We were quite surprised that such a relatively small number of steps would be associated with such a substantial reduction in mortality,” Dr. Lee says.

The data also indicated that few of the women walked intensively; for the most part, they strolled, rather than rushed. Few walked for exercise. But intensity did not matter in this study. Only the number of steps per day was associated with mortality, not the speed with which the women accumulated them.