Ever heard of keto diet or ketosis? It is pretty much eating no carbs, but is it healthy? 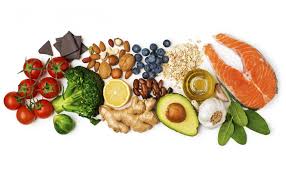 In many ways, refined carbohydrates—bread, pasta, white rice—are like fossil fuels. They contain a lot of energy, they’re cheap to produce, and just when it seems as though supply can’t keep up with demand, some technological innovation enables us to extract and produce more of them. And like fossil fuels, the scientific consensus is that an over reliance on refined carbohydrates is going to end badly. Are you wondering about Keto diet or low carb, and ketosis? Keep reading….

Most people who are interested in cutting carbs out are doing so to lose weight. Anecdotal and scientific research suggests that it’s a pretty good strategy to take to drop some pounds. But carbs aren’t just in the types of food I mentioned above. They’re also hiding out in fruit, vegetables, nuts, seeds, milk, legumes, and plenty else. With that being the case, you can imagine that cutting your carb intake to virtually nothing would be very difficult indeed and—as you’ll read in a moment—there’s research suggesting that it’s potentially dangerous. Here are some of the things that would happen if you ditched refined carbs, limited the “good” (or complex) carbs named above and opted to consume butter, bacon, and bourbon to your heart’s content.

You may experience low-carb flu.

If you haven’t been making a conscious effort to limit your carbs, cutting them out all together may result in you experiencing a slew of unpleasant side effects that combined, feel quite a lot like you’re coming down with something nasty. Some of those side effects include fatigue, weakness, dizziness, headaches, irritability, and nausea and they can last anywhere between a few days and a few weeks.

“The body has a very clear hierarchy for fuel,” explains Kristin Kirkpatrick, a dietitian at Cleveland Clinic who explains that, given a choice, the body prefers glucose and stored glycogen first, followed by fat and—if things get really lacking—it starts cannibalizing muscle. Kirkpatrick also tells me that when its favorite food sources aren’t around, the body makes its own. It’s a process called gluconeogenesis and it occurs when carbs are depleted, yet protein is still high. In this scenario, the liver will take amino acids from protein and form glucose from them. That’s how much your body prefers glucose.

“The reason you feel fatigued in the beginning [if you go off carbs] is that you’ve depleted this main energy source which you are very much used to having” she says. Typically, this goes away when the body goes into ketosis.

Severely limiting or cutting out carbs completely will, after a few days, put the body into a state of ketosis. In ketosis, small fragments of carbon called ketones are released into the blood because the body is burning fat instead of carbohydrates. Getting into ketosis, which can be ascertained by various methods, including peeing onto a strip of paper that detects ketones, doesn’t mean that you’ll feel the higher level of energy that keto proponents tout as one of the many, many benefits. I sure didn’t when I tried a keto diet earlier this year.

If and when you get through an often uncomfortable adaptation period, you may still find that you don’t have as much gas in the tank when performing any type of physical activity. Provided that you made it into ketogenesis and stayed there, your body will now be running on ketones, a byproduct of busting up fat cells, says Jim White, a Virginia Beach-based dietician. While on the surface, burning off an unwanted paunch sounds awesome, White explains that fat is a slower source of fuel than glucose. “That means that the body can’t access it quickly enough to sustain high-intensity exercise.”

If you try a very low carb diet and notice that all of your pants are loosening almost immediately, someone is going to piss on your parade by telling you that what you’ve lost is merely water weight.

“The reason you shed water weight first is that carbs hold a lot of water,” Kirkpatrick says. People tend to forget that food is a main source of water. The other main reason is that when glucose is gone, the body looks for stored forms of it. “This stored form is called glycogen and utilizing or metabolizing it utilizes water,” she says. “This is why on any low-carb diet, you lose water first—the loss of stored glycogen truly is what is releasing all that water.”

The effects of losing of water weight shouldn’t be discounted, though, says New York-based personal trainer, Ngo Okafor. “First of all, the water loss can be significant—five, ten, or even fifteen pounds in some cases,” he says. “What that really noticeable loss does is motivate people to commit to a program of working out consistently. It’s like a preview of the changes that can happen with dedication to your diet and your workout plan.”

A 2013 meta analysis published in the British Journal of Nutrition looked at the weight loss promise of very low carb ketogenic diets and more conventional low fat diets. Their conclusion was that Individuals assigned to a very low carb ketogenic diet achieve a greater weight loss than those assigned to a low fat diet in the long term; hence, and suggested that low-carb diets could be an effect tool in bring obesity rates down.

You may get bad breath.

In a small percentage of men, Propecia, an oral medication intended to stop hair loss, can cause erectile dysfunction. That’s ironic given that one of the reasons men would wish to keep ahold of their hair is to increase their sex appeal. There’s a similar paradox with low carb diets: Yeah, they can be effective in helping people slim down but they can also give you hellacious breath in the process.

The aforementioned ketones that are fueling a keto-adapted person’s body are released through your breath and reportedly smell like acetone or rotting fruit. But that’s not the only reason people want to hear about your sudden slim down at arm’s length. Losing water weight can also mean a persistently dry mouth; a situation that can also result in bad breath.

The jury is mostly definitely out when it comes to the impact of a low carb diet and your health. PLOS One’s 2014 study concluded that increasing the intake of refined carbs increases the body’s production of palmitoleic acid, a biomarker for a host of health issues like high cholesterol and diabetes. Another study found that, in a 24-week ketogenic diet, the subjects experienced lower total cholesterol with a significant decrease in triglycerides and an increase in HDL (often called “good” cholesterol) levels.

But before you break up with spaghetti for good, you may want to consider the recommendation borne of study that was presented to the European Society of Cardiology in August of 2018: Avoid low carb diets at all costs. The study looked at the relationship between low carbohydrate diets, all-cause death, and deaths from coronary heart disease, cerebrovascular disease (including stroke), and cancer in a nationally representative sample of 24,825 participants between 1999 to 2010.

Compared to participants with the highest carbohydrate consumption, those with the lowest intake had a 32 percent higher risk of all-cause death over an average 6.4-year follow-up. What’s more, risks of death from coronary heart disease, cerebrovascular disease, and cancer were increased by 51 percent, 50 percent, and 35 percent, respectively.

Sign up for our newsletter to get the best of Tonic delivered to your inbox.

Visit us at www.eliteweightloss.com for more regarding weight loss and supplements,diet and fitness tips.