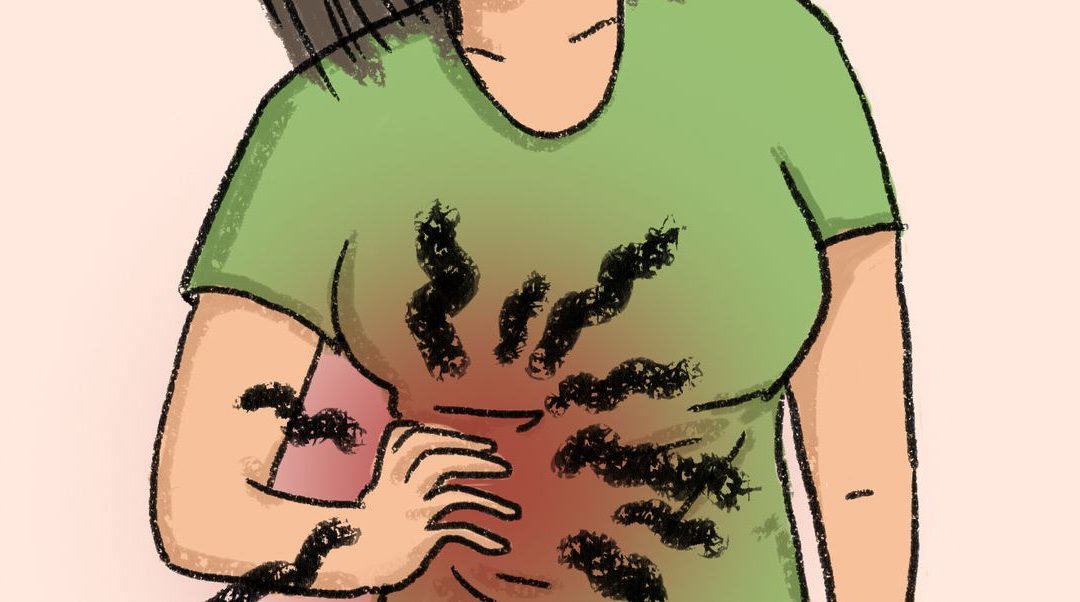 Crohn’s disease is a chronic bowel disease that causes inflammation and irritation in a person’s digestive tract. It usually strikes the gut, and its hallmark symptoms are stomach pain and diarrhea. [1]

Doctors don’t have a clear understanding of what causes Crohn’s. But in some cases, it’s thought to involve “inappropriate” immune system activity. Basically, the immune system releases cells that produce inflammation even when no threat is present, and this inflammation causes problems. [2]

More than half a million people in the United States have Crohn’s disease, and that figure seems to be on the rise—though experts aren’t sure why. While it can present at any age, Crohn’s is most likely to show up during a person’s 20s. It may be slightly more common among women than men. [3] [4]

What are the types of Crohn’s disease?

Crohn’s usually causes trouble in a patient’s small and large intestines, but it can affect any part of the gastrointestinal (GI) tract—from the mouth to the anus. The five different types of Crohn’s disease are defined by the parts of the body they impact.

Ileocolitis strikes the end of the small intestine—also known as the ileum—and the large intestine (a.k.a. the colon). It’s the most common type of Crohn’s.

This affects the stomach and the first part of the small intestine (which is known as the duodenum).

Jejunoileitis causes patches of inflammation in the upper portion of the small intestine, which is called the jejunum.

This condition affects only the colon.

Maybe you noticed that many of these names end in “itis.” This suffix is often used in the names of inflammatory diseases. (“Arthritis” is another example.)

What are the causes and risk factors for Crohn’s disease?

Doctors aren’t sure exactly what causes Crohn’s disease. [6] However, it’s thought to stem from a combination of factors, including:

For some Crohn’s patients, heredity seems to play a significant role in their risk for the disease. Some research has found that people who have a first-degree relative (such as a mother, father, or sibling) with Crohn’s are up to 30 times more likely to develop the disease than those without a family connection to the condition. [6]

When the immune system mistakenly attacks the body’s healthy cells, this is known as an autoimmune disorder. [3] Experts think that, for most Crohn’s patients, the immune system incorrectly identifies harmless gut bacteria as dangerous invaders. As a result of this misidentification, the immune system keeps gut inflammation levels high, which causes the symptoms and damage associated with the disease. [3] [7]

Research has also turned up some potential risk factors for Crohn’s disease. These include:

Some research has also linked certain medications—including painkillers (NSAIDs like Motrin, Advil, and Aleve) and birth control—to a slight increase in risk for Crohn’s. But these findings are preliminary. Bottom line: Experts are still trying to uncover the underlying causes of Crohn’s.

What are the symptoms of Crohn’s disease?

These vary from one type of the disease to the next, but the most common Crohn’s symptoms include stomach pain or discomfort, diarrhea, and weight loss. [8]

How is Crohn’s disease diagnosed?

There is no single test a doctor can run to determine whether or not you have Crohn’s disease. [10] That’s partly because several other medical conditions—including colitis, diverticulitis, and some types of cancer—can cause inflammation and symptoms that mirror those of Crohn’s. [11]

To diagnose Crohn’s, a doctor will usually start with a standard physical exam and interview to learn about your symptoms and medical history. [10] From there, your doctor may order blood, stool, or X-ray testing to identify elevated white blood cell counts or other signs of inflammation, and also to rule out other conditions. [11]

Apart from those tests, your doctor may perform others designed to help him or her see inside portions of your digestive tract. Your doctor may also order biopsies (tissue samples) for further analysis. Other tests—including a CT scan—might be necessary. [11]

Yes, that sounds like a lot. But in many cases, your doctor won’t require all of these tests to determine if you have Crohn’s.

How is Crohn’s disease treated?

Unfortunately, there is no cure for Crohn’s disease. However, there are many treatment options that can help reduce or relieve your symptoms—sometimes for weeks or months at a time. [12]

These treatment options could include one or more of the following:

Some foods are more likely than others to trigger or worsen your symptoms. These include spicy or fiber-rich foods, fizzy or carbonated drinks, and dairy. Your doctor may ask you to try cutting out these foods. Eating smaller and more frequent meals and avoiding foods high in fat or salt may also help. (It’s worth adding that eating these foods is not associated with an increased risk for Crohn’s.)

Your doctor may prescribe one or several different drugs. These could include inflammation-fighting medications, antibiotics, antidiarrheals, as well as drugs that are intended to calm immune system activity.

Your gut may need a break from food to overcome bouts of inflammation or immune system activity. If that’s the case, your doctor may ask you to avoid solid food and to drink only a specially designed nutrient beverage. Your doctor might also choose to feed you intravenously, or through a tube inserted directly into your stomach or gut. During bowel rest, you might stay in the hospital, or you may be able to be treated at home.

Up to 75 percent of Crohn’s patients will need surgery. These procedures sometimes involve removing the portion of your digestive tract that is causing problems. In other cases, surgery is required to treat internal bleeding or other complications associated with Crohn’s disease.

Crohn’s disease can lead to a number of serious complications—some of which require surgery. These include:

Crohn’s can cause scarring and narrowing of the walls of the intestines, which can result in blockages. [18] These often require surgery.

Generally speaking, a fistula is an abnormal connection between two organs, or between an organ and another structure inside the body. For those with Crohn’s, fistulas typically develop alongside the anus. Up to 35 percent of Crohn’s patients will develop a fistula at some point. [19]

An abscess is a pocket of pus that forms inside the body—sometimes in the wall of an organ. Up to 30 percent of Crohn’s patients will develop an abscess, and treatment usually involves surgery. [20]

Ulcers, or open sores, can form as a result of chronic inflammation. They can develop in the throat, stomach, intestines, or elsewhere along the GI tract.

If Crohn’s disease is causing inflammation in your colon, this could increase your risk for colon cancer. Your doctor might recommend that you undergo colon cancer screening starting at age 50—if not sooner.

How to prevent Crohn’s disease

Again, smoking and eating too little fiber are associated with an increased risk for Crohn’s disease. So if you smoke, stop. Also, try to eat at least 24 grams of fiber per day. (You’ll find tips for hitting that daily mark here.) Some research has found this amount can cut your risk for Crohn’s by up to 40 percent. [21] (In fact, high-fiber diets are associated with a wide range of disease-fighting benefits. [22])

Otherwise, there’s not much you can do to shield yourself from Crohn’s. The underlying causes of the disease aren’t well-understood, and likely involve a combination of different genetic, biological, and environmental factors. [7]

[22] https://www.mayoclinic.org/healthy-lifestyle/nutrition-and-healthy-eating/in-depth/fiber/art-20043983Markham Heid Markham Heid is an experienced health reporter and writer, has contributed to outlets like TIME, Men’s Health, and Everyday Health, and has received reporting awards from the Society of Professional Journalists and the Maryland, Delaware, and D.C.