What happens to your body when you give up meat 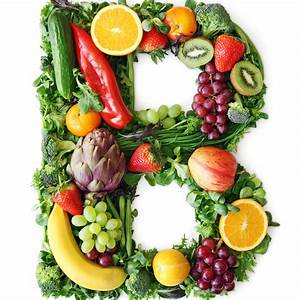 Do you want to know what happens to your body when you give up meat? Food modification can be essential for weight loss and health but know the risks as well.

Many esteemed evolutionary anthropologists point to a growing body of evidence showing that our earlier ancestors weren’t the skilled and canny hunters of popular imagination. Increasingly, they posit that we got our taste for the flesh of other beasts from scavenging from animals that really are natural born killers. A 2015 study measured how much meat lions and leopards left on a kill and concluded that they’d be plenty left to meet the total daily caloric requirements of at least one male homo erectus, possibly more.

There’s a broad consensus among scientists that the frequent consumption of meat enabled our brain volume and mental capacity to grow far beyond that of the other hominidae—the taxonomic family that includes all the extant species of gorillas, orangutans, chimpanzees, and bonobos. Though many of us might blanch at the thought, eating meat has made us who we are as a species. (As a side note, we are now on the cusp of consuming meat that comes without all the death that, until now, has been part and parcel of every delicious, nutritious mouthful.)

Given how important meat has been to the human story, and how vegetarianism and veganism has done a takeover of your Instagram feed, you might wonder what happens to the human body if you walk away from it completely. Well, wonder no more.

The complex biological response of body tissues to harmful stimuli, such as pathogens, damaged cells, or irritants is commonly known as inflammation. In essence, it’s a protective response—considered a mechanism of “innate immunity” and in many circumstances, it’s your friend. Still, you don’t want inflammation to come to your “rescue” when you have been chowing down on a ribeye, yet that’s what can happen.

“Animal products contain inflammatory compounds such as saturated fats and endotoxins,” says Virginia Beach-based dietician Jim White. He adds that by contrast, plant-based diets are naturally anti-inflammatory due to their high fiber and antioxidant content. White points us to a study which demonstrated that plant-based diets result in a decrease of the C-reactive protein, an indicator of inflammation within the body.

You may run low on certain vitamins and minerals

Most of us are well aware that meat packs a lot of protein and, depending on the animal, cut and preparation method, a fair amount of fat, too. What we don’t talk about as much is the vitamins and minerals present in things we eat that once mooed, clucked, baaaed, or oinked. Going without some of these vitamins and minerals for extended periods of time can have health consequences. That’s why vegetarians and especially vegans often need to seek them elsewhere.

“Not eating meat does require you to pay more attention to certain nutrients,” says Atlanta-based nutritionist Marisa Moore. Moore explains that B12, omega-3 fatty acids, and iron are a few of the top ones you’d need to keep an eye on. They can be found in places other than flesh: B12 is abundant in nutritional yeast and fortified foods, for instance, and “you can get vegetarian sources of iron in beans and leafy greens”—enhanced when combined with a source of vitamin C. Omega-3s, found in fish, come in an algae supplement or foods like chia or hemp seeds.

Your microbiome is the word used to describe the the trillions of microorganisms living in your body. Long overlooked, these microorganisms are increasingly recognized as being crucial to our overall health. They produce important nutrients, train our immune systems, turn genes on and off, help protect us from cancer, and keep the tissue in our gut healthy. Studies have demonstrated they play a role in obesity, inflammatory bowel disease, diabetes, atherosclerosis, autoimmune disease and liver disease.

The bad news for meat lovers is that meat and other animal products can a create something called trimethylamine oxide, or TMAO, in the gut that frankly, you don’t want in there. “Meat consumption triggers bacteria within the gut to produce a substance that the liver converts to the toxic product TMAO, which [at high levels] increases cholesterol, which could up your risk of cardiovascular disease,” White says, explaining that plant-based diets produce little to no TMAO and their high fiber content promotes growth of healthy bacteria within the gut.

What’s more, research suggests that people who have been sticking to a plant-based diet for some time make little or no TMAO after a meal containing meat, because they have a different gut microbiome. It only takes only a few days of cutting out animal products for our gut bacteria to change.

Living longer is not out of the question

Seventh Day Adventists are a protestant Christian denomination whose American members, on average, live several years longer than the national average. The fact that their church discourages them from smoking and drinking alcohol is likely responsible for some of that difference, as are their tight-knit communities. They are also non-meat eaters. Given that the regular consumption of meat is associated with a slew of chronic diseases including cancer, heart disease, stroke, diabetes, infections, kidney disease, liver disease or lung disease, the significance of this particular behavior on longevity can’t be ignored.

At the DNA level, there’s evidence showing that plant-based diets are better at stopping people from fraying at the ends—literally. “A plant-based diet has been shown to lengthen telomeres, or the caps at the end of chromosomes that keep DNA stable, resulting in cells and tissue to age more slowly,” says White, adding that shortened telomeres are associated with earlier death and aging. “Additionally, the nutrients in plant-based diets optimize how cells repair damaged DNA.”